What are the Rimadyl Side Effects In Dogs

Rimadyl is a medication commonly prescribed to dogs to alleviate pain and inflammation caused by various conditions such as arthritis, hip dysplasia, and other joint-related issues. As with any medication, it is important to understand the potential side effects of Rimadyl in dogs, especially when it comes to their health and well-being. 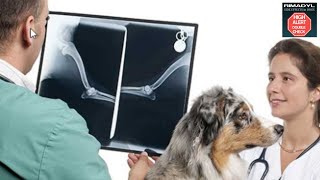 Introduction to Rimadyl:
Rimadyl was released by Pfizer Pharmaceuticals in 1997 and is a non-steroidal anti-inflammatory drug (NSAID) that works by reducing inflammation and pain in dogs. It is often prescribed by veterinarians to help dogs with joint-related issues such as: arthritis or hip dysplasia feel more comfortable and improve their quality of life. However, just like with any medication, there are potential side effects that pet owners should be aware of before starting their dog on Rimadyl.


Before being prescribed Rimadyl, it is very important that a veterinarian runs blood tests on your dog to rule out any underlying health problems that could lead to a reaction with Rimadyl. If the results indicate that the dog might already have impaired liver function, use of Rimadyl should be ruled out immediately as it could lead to serious illness or death. Dogs with kidney disease or bleeding disorders should also not be prescribed Rimadyl.

Rimadyl and its side effects in dogs

Possible Side effects of Rimadyl in Dogs:

Rimadyl has also been known to cause liver problems in some dogs, especially those that have a history of liver issues. To minimize the risk of liver problems, it is recommended to monitor your dog’s liver function regularly and to speak to your veterinarian if you notice any changes in your dog’s health.

Rimadyl can affect blood clotting in some dogs and increase the risk of bleeding and bruising. If you notice any changes in your dog’s blood clotting, it is important to speak to your veterinarian as soon as possible.

Some dogs may experience skin reactions to Rimadyl, such as hives, itching, or skin rashes. If you notice any changes in your dog’s skin, it is important to speak to your veterinarian as soon as possible.

Rarely, Rimadyl can cause neurological problems in dogs such as seizures or changes in behavior. If you notice any changes in your dog’s behavior, it is important to speak to your veterinarian as soon as possible.

The side effects of Rimadyl in dogs are mostly attributable to liver, kidney, and gastrointestinal problems. In some dogs, Rimadyl causes ulceration and bleeding in the gut, damage to the kidney function, and liver failure due to Hepatotoxicity, all of which are potentially fatal.

See also  Rimadyl Overdose: Is Rimadyl dangerous for my dog?

Rimadyl Side effects in dogs can occur with hours of taking the drug, which is why pet owners must be extremely vigilant once Rimadyl has been administered to their dog. In other dogs, adverse symptoms do not appear until a few days have passed. Initially the dog might seem a little off colour—perhaps off its food and more lethargic than normal.

If your dog has been given Rimadyl and you suspect it has had an adverse reaction to the drug, there are a number of steps you should take without delay. Firstly stop giving Rimadyl to your dog immediately, and then take the dog to your veterinarian clinic and tell them you suspect Rimadyl toxicity is the culprit. If the adverse effects of Rimadyl are caught quickly enough, the right course of treatment can be given and the dog should recover.

It is important to remember that not all dogs will experience side effects from Rimadyl, and in some cases the benefits of the medication can often outweigh the risks of Rimadyl side effects in dogs. However, it is always a good idea to have an open and honest conversation with your veterinarian about any concerns you may have and to work together to find the best treatment options for your furry friend.

However, it is a good idea to keep accurate records of your dog’s symptoms and treatment in the event that you need to make a claim against Pfizer for a refund of your veterinarian expenses.

Recent Posts
Copyright © 2023 What are the Rimadyl Side Effects